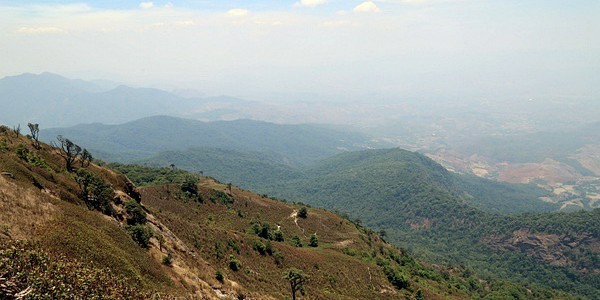 Chiang Mai, Thailand, there are a lot of tourists, but not far from Chiang Mai, Mount Inthanon, there are not many visitors.Unlike the hustle and bustle of man-made attractions, Mount Inthanon is like a treasure hidden in the wilderness, waiting for nature-loving travelers to explore.

Doi Inthanon National Park in northern Thailand is an important national nature reserve in Thailand. Mount Inthanon, in the park, at an altitude of 2,565 metres, is the highest peak in Thailand.The entire forest park covers an area of 530 square kilometers, mostly dense tropical jungles. It is about 100 km from the popular tourist city of Chiang Mai, an hour and a half’s drive away. In most package tours, people drive from one attraction to another, but there are also some hiking package tours that can help visitors better feel the charm and shock of nature.

I booked a hiking tour of Mount Inthanon at a travel agency. When I was picked up the next day, I found that the tour was really limited in size: there were only four people.In addition to me, there is an American and two Canadians. The American girl from New York spoke passionately to everyone about her travels: New York was too big, Chiang Mai was too small, she was too busy doing marketing, and she was about to quit her job to get an MBA from business school.The girl was talking like a canary, and my plan to sleep in the car was in tatters. The two men from Canada, who are not fluent in English, have revealed their identity: French men from Montreal.One person’s job is human resources management, the other person’s job is project management.

The driver is also our guide and is a native of the mountains of northern Thailand. The slightly hunched old man, he was communicating with us in English with a strong accent, and although it was difficult for me to understand, but the American girl kept nodding, as if she understood.

The car set off from Chiang Mai, and after an hour and a half, entered the Doi Inthanon National Park. First we got to a waterfall called Sirithan, which is not a big one, but it started our journey to explore this forest park.

Then we drove to the highest point of Mount Inthanon, known as the top of Thailand. It is not only a must for tourists, but also the base of the Royal Thai Air Force. It is said to have been an important base for the U.S. Air Force during the Vietnam War.Since the road was direct to this place, we took only a few dozen steps after getting off the car, and we reached the sign showing this is the highest peak in Thailand.Everyone laughs, we actually climbed the highest peak in Thailand so fast. Most of the other visitors simply drove to the sign, took pictures and went straight back. There is some information about Mount Inthanon near the top: some maps and photographs.

In the tourist service area, pictures of wildlife on the mountains are displayed. When we asked if there were any snakes here, the guide said, “Don’t worry, it’s too cold here, snakes don’t show up here, snakes are at the foot of the mountain.” That’s when the guy from Montreal breathed a sigh of relief, and that’s what he was worried about. “I’ve never seen a snake, you know, Montreal is cold, there’s absolutely no snake.” he explained to us with a slight embarrassment.

After that, the guide took us to the beginning of a climbing path. This climbing path requires a local professional guide to lead the team, cross the tropical jungle at half-mountain, and climb up to the tops of several peaks, take a round and then return to where we set out. There is a detailed route introduction at the entrance, a total of about twenty road signs. It looks like it’s going to be a tough journey.

The guide is heavily armed compared to the casual dress of the tourists. He told the two Canadians: “I don’t want to use sunscreen, so I have to wrap myself up.” In fact, Thailand’s cosmetics ads have told us how much people here love white skin, even the 50-year-old uncle is included.

There are many branches at the entrance, which are used by the guides as climbing sticks. I also took one, pretending to be very professional, thinking that this might protect my knees. As soon as we entered this mountain climbing route in the rainforest, we felt very cool. In Chiang Mai, under the mountain, the temperature reached 40 degrees, but only 20 degrees on the mountain, coupled with the dense woods sheltering the sun, there is no hot summer in this place.

Along the way, the guide introduced us to a variety of local flora and fauna. The original forest obscured the sun, various insects appeared on the side of the road from time to time, and wild birds were chirping to show their presence.

In this hiking route, there is a road where we need to walk on the ridge. We lookdowned down the mountain and it was clear that the smoke from the farmers’ burning of the mountains had affected the visibility. According to the guide, farmers in the mountains of northern Thailand have a tradition of burning mountains, after burning the mountains, people reclaimed the land as farmland or tea plantations. Every spring, March and April is the season for burning mountains, so air quality will be greatly affected. At that time, the sky in Chiang Mai was grey. In my opinion, this smog and the exhaust gas of motorcycles in the city are the two main factors affecting Thailand’s air quality.

After a three-hour hike, we finally drove to the wachirathan falls. The waterfall isn’t very big, but there are quite a few Thai locals taking pictures, splashing and enjoying the summer’s cool ness under the waterfall.

Most of the visitors to Mount Inthanon are tourists from Chiang Mai. Although most tourists will still be addicted to the bustling city of Chiang Mai, but if you walk out of the city and come to this beautiful national park, you will get a different experience of travel: it’s the grandeur and shock of nature. In today’s urbanized world, we are like modern monkeys living in steel jungles, and the green forest can make our restless hearts quiet.

This is a very suitable for vacation and leisure hotel, the whole hotel is very large, there is a very beautiful private beach, even if stay in the hotel for three or four days no where to go, will not feel bored.I stay for $170 a night, and the room is a mountain-view suite. This… 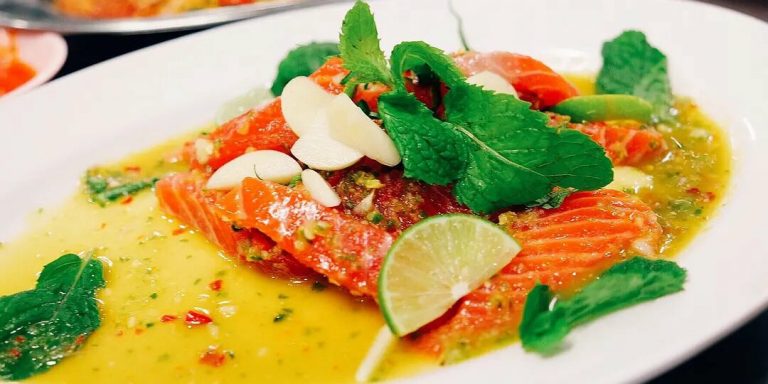 As if I loved to cook, on my first day in Chiang Mai, I unexpectedly chose to take a cooking class. We went to the local market under the guidance of our teacher and got to know the food ingredients. Our teacher said that most people in the city eat rice, only farmers especially like… 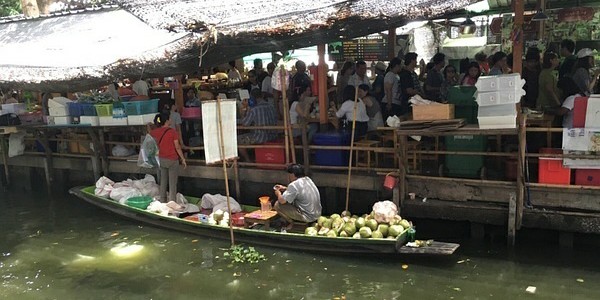 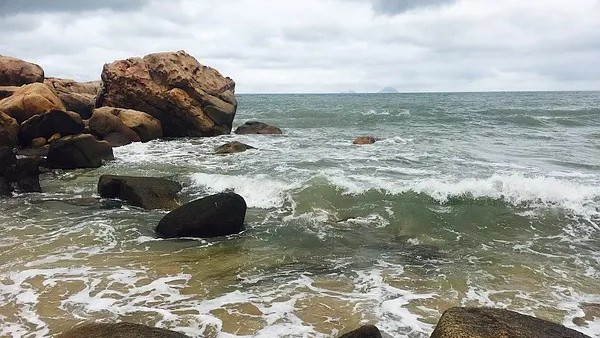 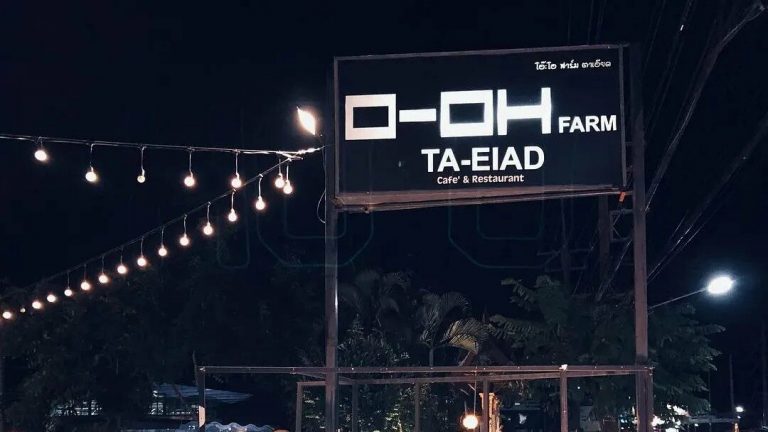 Phuket is the island I’ve been to the most and most like. This is on the center of where I live, talk about the radius of 5 kilometers within what is fun and delicious, from breakfast, all day long arranged full and relaxed. 10:00 am Brunch WE CAFE There are several coffee shops on the… 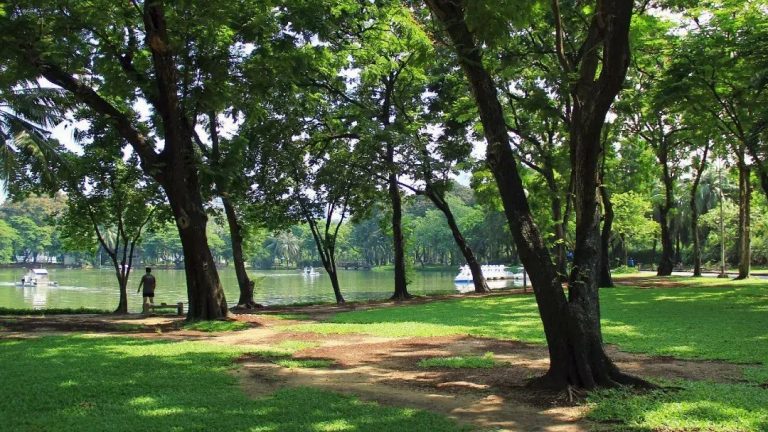 Four seasons of the city is wonderful, but there is a kind of enthusiasm as if only in the place that four seasons like summer. The fruit is rich enough, the sun is shining enough, and there is enough food.A simple sling dress with a pair of slippers made the whole person happy. There’s so…