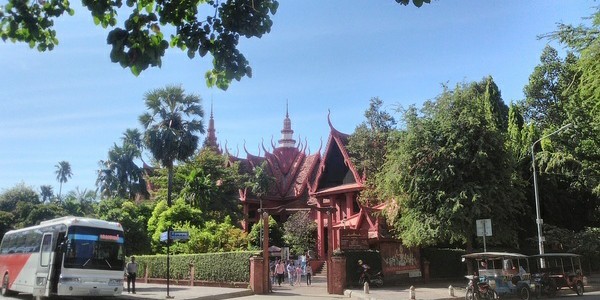 As the first stop of our trip, Phnom Penh, the capital of Cambodia, did not impress us particularly. After coming out of the very small airport, the sweltering air inevitably brought us some irritability.

After a short rest, we arrived at the Royal Palace in Phnom Penh in the afternoon. The palace opened at two o’clock in the afternoon and we arrived at the palace gate an hour early. By this time, many tourists were waiting outside. An hour later, we joined other tourists in buying tickets to enter. It was too hot, inside the palace there is no shady place, and everywhere are the same yellow buildings. We wandered around and got some body tired, and came out in a hurry.

After coming out of the palace and loitering in a nearby square for a while, we took a cruise on the Mekong River and waited quietly for the dusk to arrive. As the cruise slowly moved forward, the sunset sank little by little, and the river breeze kept blowing, eventually dispelling some of the heat. We were in the middle of the Mekong River, on the left is a slum formed by small huts on the bank of the river, and on the right are tall buildings and beautiful villa areas. Poverty and wealth, backwardness and development, only one river apart.

The main means of transport here are tuk-tuks, i.e. three-wheeled motorcycles. Many tuk-tuk drivers, see tourists will wave and say, “tutu?” The price is not very cheap, basically starting at $2. Because the city is so small, it is usually ten minutes to reach your destination.

This is the market we passed by from the airport to the hotel.

Is this a kindergarten or a primary school?

In the museum, we saw a beautiful French little girl.

That evening we came to the night market by the river for dinner.

Everyone sat directly on the ground. 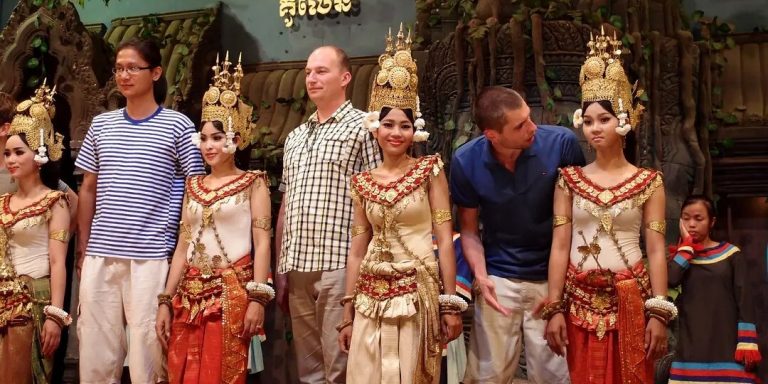 Siem Reap is a typical tourist city. With its world-famous Angkor Wat, Siem Reap has become a popular tourist destination around the world. Angkor Wat, full of historical and vicissitudes, is a world cultural heritage, and its appeal comes from the mystery of history, the grandeur of the buildings, the refinement of carvings, the magnificent… 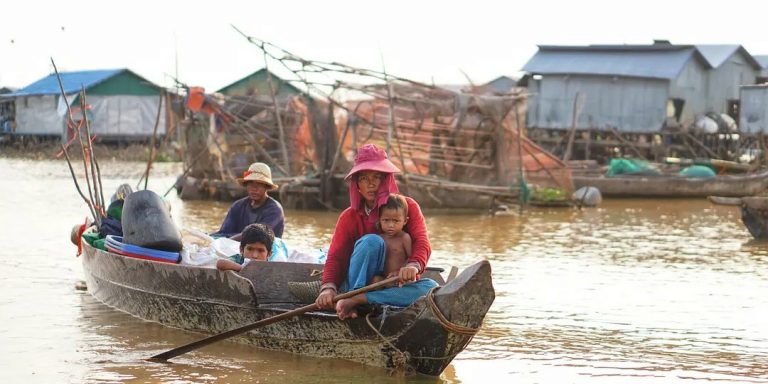 If the remains of the Angkor Temple represent the splendid civilization that Cambodia once possessed, the floating villages and night markets are the epitome of the lives of ordinary Cambodians. As the largest freshwater lake in Southeast Asia, Tonle Sap Lake is the mother river of the Khmer nation. There are many floating villages on… 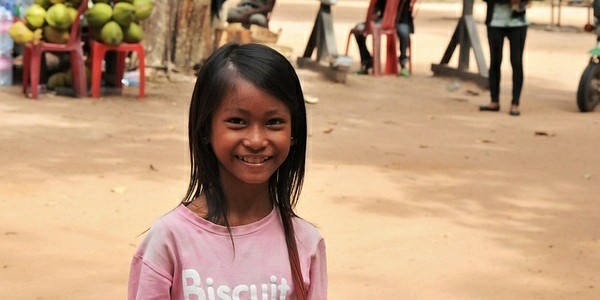 In addition to the stunning remains of ancient civilization, Cambodia’s most intuitive and profound impression for me is that it is too dirty and backward. Only the city centre has a real asphalt road, and in the countryside, the trees on both sides of the road are covered with a thick layer of loess, and… 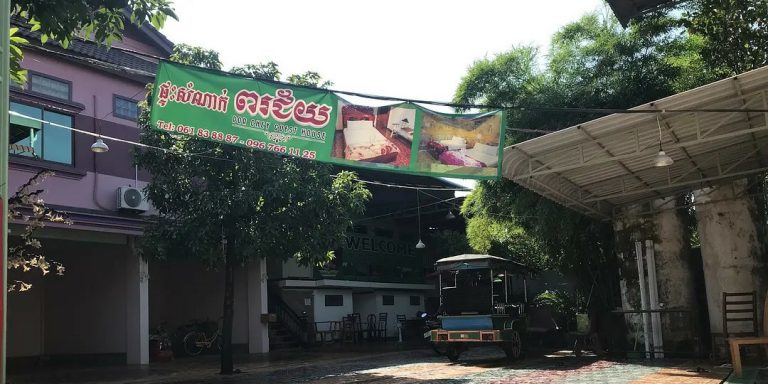 Before coming to Battambang, I booked a super-cheap guest house called Por Chey Guest House, a single room, $4.72 a night. Room has no air conditioning only fans, there is a separate bathroom, area is large enough, cost-effective is quite high. It was also the first time I had been blowing a fan to sleep… 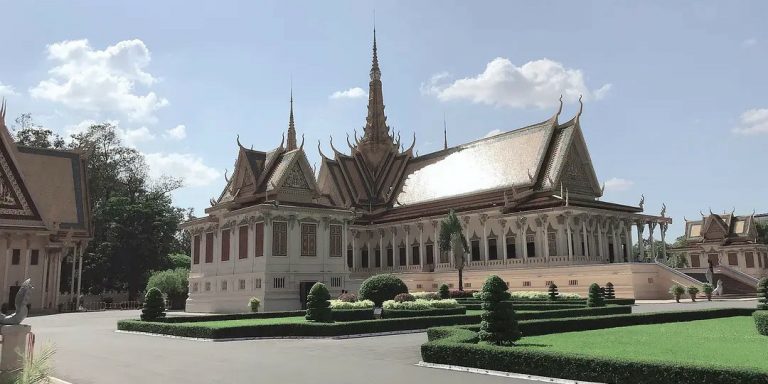 The plane was about to land. Phnom Penh International Airport. Here is the customs, which supports Visa on Arrival.We passed through customs very quickly, the whole process took no more than two minutes. This is the bathroom opposite the exit, isn’t the color special? There were a lot of tuk-tuks on the street, and we… 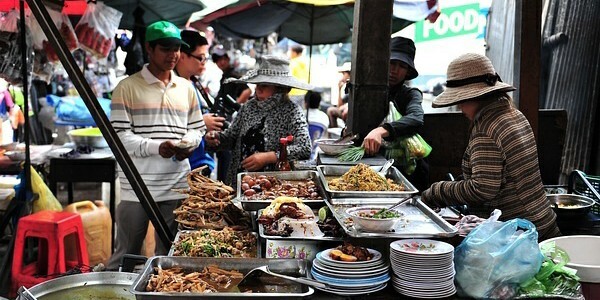 Quick, fresh and delicious street food has a particular appeal to every traveler. Tasting street food like a local is an important way for us to experience different cultures. Cambodia’s street food is not as famous and varied as its neighbour Vietnam, but if you experience Cambodian street food firsthand, you’re likely to find its…