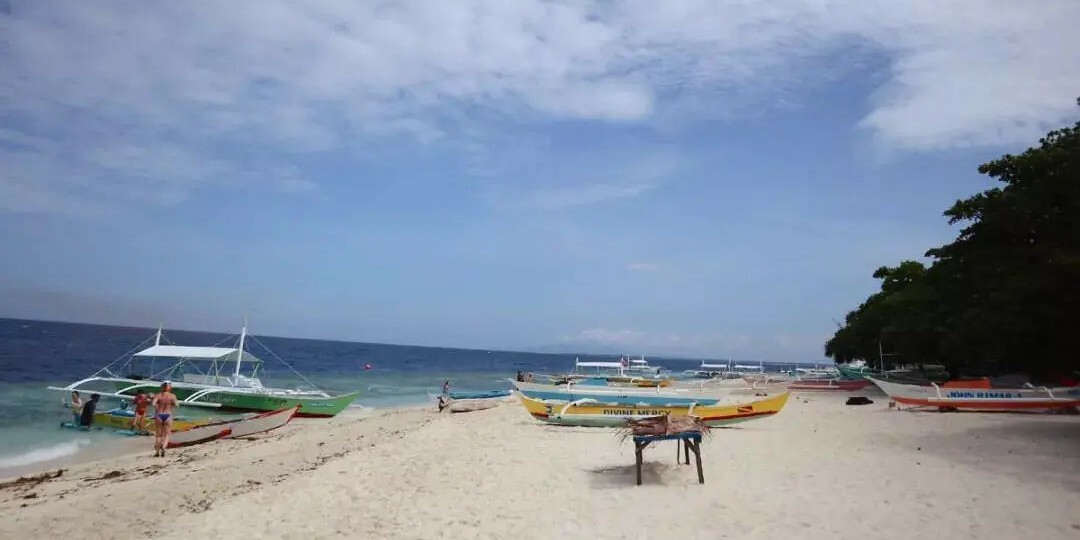 Bohol Island is one of more than 7,000 islands in the Philippines, covering an area of about 1,600 square miles, about 550 miles south of Manila, the capital of the Philippines. It is a large island, surrounded by more than 70 mysterious and spectacular islets. In Bohol, there are some of the best beaches and dive sites in the world, but the island is more attractive because of its unique geography. A large number of limestone hills, caves, rivers, and other odd geological formations take their shape due to the karst landscapes here.

Bohol Island is one of the most beautiful, diverse and interesting islands in the Philippines. In Bohol, if you like water sports, you can explore the jungle-covered rivers by kayak; If you’re an animal lover, you can get close to one of the world’s smallest primates, Philippine Tarsier; If you only want to enjoy the stunning scenery, then the waterfalls, caves, jungles, and world-famous beaches here will not disappoint you.

Here are the top tourist spots you shouldn’t miss on this beautiful island:

The Philippine Tarsier is a very unique animal, many people call them “the world’s smallest monkeys”, they are very small, no bigger than the palms of adult men. Tarsiers are mainly active at night, and they look for food with their very large eyes. Although they mainly eat insects, they sometimes eat small animals such as mice, frogs and small fish. The number of this cute little animal is declining due to the constant destruction of its natural forest habitat, and if no action is taken, the tarsiers may soon be added to the list of extinct species.

The best place to see the tarsiers in Bohol is the Philippine Tarsier Sanctuary, which is officially run by the Philippine Tarsier Foundation. It takes only less than an hour to visit the sanctuary, but it is worth it. Before entering the sanctuary, you’ll get some information about the tarsiers and the rules that visitors need to follow. The whole sanctuary is small, but well organized. Tarsiers are free to move within the sanctuary, including food hunting. After entering the sanctuary, visitors will be guided to the vicinity of pre-found tarsiers, and the quality of the photos you take generally depends on the distance between you and the tarsiers. One thing to pay special attention to is that you have to be quiet because the tarsiers are very sensitive. It is said that if frightened, they may kill themselves.

Loboc River (also known as the Loay River) is a jungle river and the only freshwater river that flows through Bohol Island, 58 km long, and originates near the tranquil town of Loboc on the island. The banks of the river are covered with large areas of palm trees, and the jungle is deep with pristine tropical scenery and mysterious jungle animals. Loboc River is one of the most beautiful rivers in the country.

A river cruise is recognized as the best way to experience the Loboc River. From Loay Bridge in the south-west to Busay Falls in the middle of the island, this is the most popular route for tourists. The cruise takes about 1.5 hours and costs about $25, including a buffet lunch. On the boating trip, the band on board will sing warm Filipino songs for the guests. During the cruise, the boat stops near a pre-built stage where children from the local community perform traditional Filipino dances. The buffet on the cruise is very good and is traditional Filipino food with a wide variety. At the end of the boating trip is an indigenous village in the Philippines, where visitors can watch locals perform folk shows such as archery and fire-swallowing. The local kids will come over, offer to put on a straw hat for you, and then take a picture with you. Remember to tip after taking the picture, one dollar is enough.

Tip: If it happens to rain, the river turns dark brown instead of turquoise, and this may affect the quality of the photos you take.

The Chocolate Hills, a geological wonder of the Philippines, is probably Bohol’s most popular tourist destination, attracting a large number of tourists from all over the world. Without a visit to the Chocolate Hills, the Bohol tour is likely to be incomplete. The Chocolate Hills are located in the centre of Bohol, and this strange geological formation covers an area of about 50 square kilometers. There are no official statistics on the number of the hills, but it is estimated that there are more than 1,200, and most of the elevations are between 30 and 50 meters high. The name Chocolate Hills comes from the color of the grass on the hills, because during the dry season, the grass turns dark brown, like chocolate. There are only a few hypotheses about the origin of the Chocolate Hills, and geologists have not reached a consensus.

There are plenty of interesting activities in the area, starting with climbing to the observation deck and seeing the spectacular sights of thousands of hills all over the countryside, as well as renting a motorbike or ATV to explore the mountains for as little as $7, and you can find providers in the nearby town of Carmen. 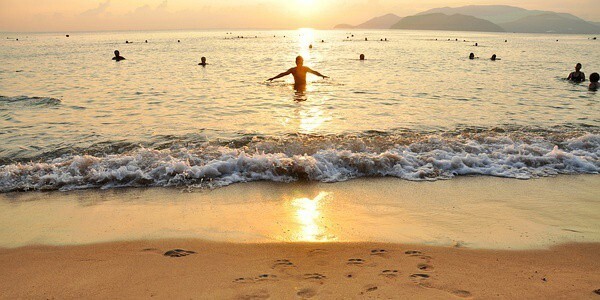 In recent years, thanks to the rapid growth of tourism, Nha Trang, a coastal city on Vietnam’s south central coast, has become the pearl of Vietnamese tourism. Known for its beautiful beaches and plentiful water sports, Nha Trang is a great destination for those who want to relax by the sea. With its warm climate,… 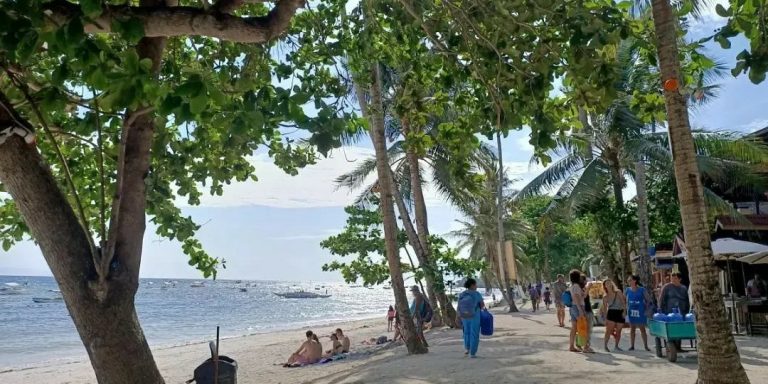 While there was nothing to do while leaving office, I started a trip to the Philippines with my friends. Having had bad memories of going to a seaside city before, I was a little worried that my body could not adapt to the local climate, but it was good that after a four-hour flight we… 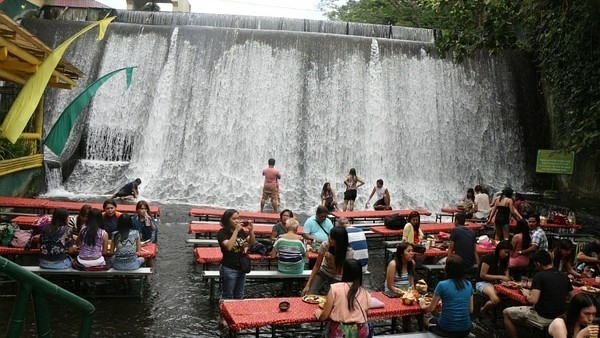 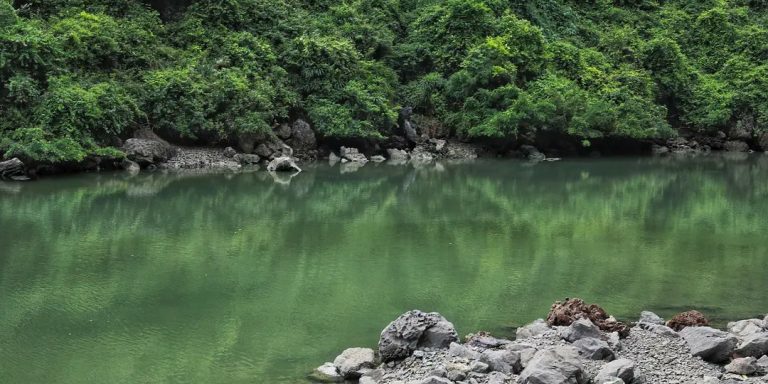 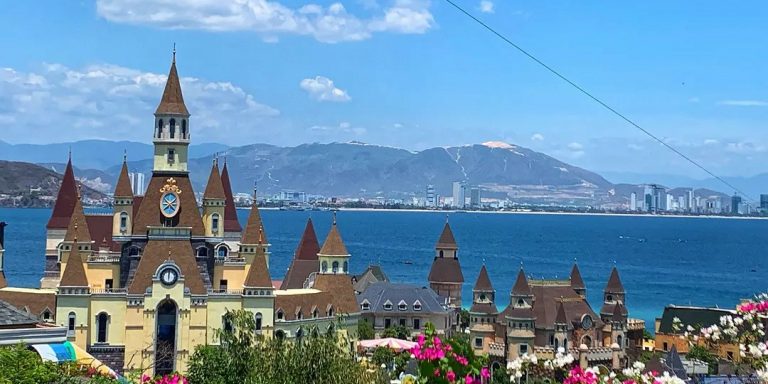 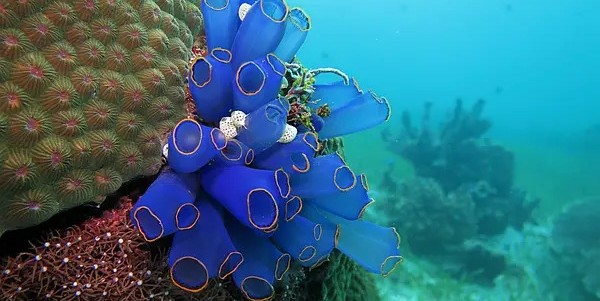 Just after 8 a.m. we arrived at Tagbilaran Airport on Bohol Island and took a very Filipino-inspired tuk-tuk to check in at the dive shop. Bohol Island is a laid-back and tranquil Island of Southeast Asia, with beautiful scenery at Alona Beach. Bohol Has been raining for a long time, a few days ago, tourists…